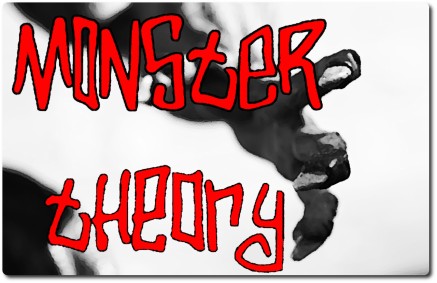 A very simple question, yet difficult to answer: What is a monster?

At first glance, it’s easy; a monster is a type of tangible/non-tangible entity that has sharp-tipped appendages and a mouth full of teeth. True, not every monster fits this rigid description. Generally, this hypothetical monster has some sort of distinctive, outward appearance to the point where we could point and definitively say: “Yeah, that’s a damn monster.”

Is it really that simple? Is a monster simply a collection of teeth and horns?

When boiled down to its nightmarish constituents; a monster embodies more than some outward manifestation—it embodies the unknown. Not only are sharp teeth and claws scary, so is a monster’s mere existence, fictional or otherwise.

When were presented with a particular monster that our senses haven’t had a chance to process yet, were forced to paint in the history with hues of assumption.

The questions that we ask ourselves makes any monster more menacing that its physical manifestation. 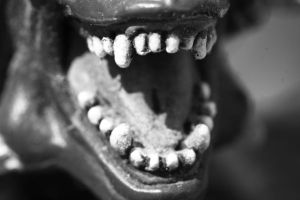 The physiology of a monster is only part of the equation; psychology is the other. Go ahead and dredge up any monster from the past (movies, books) and you’ll discover underneath all the scales, teeth, horns and claws are blood-filled motives that are often more terrifying.

Sometimes a monster seems to have a natural bad-attitude that wants nothing more than to rip into your flesh and drink the red substance that pours out. Although these monsters may seem shallow on the surface (which they are) they allow us to make assumptions about its character and nature.

We partake in an active process that is continually propelled with questions that are never answered.

The question remains: What is a monster?

Is it tooth and claw? Is it hellish intention?…or is it unanswered questions?

When boiled down to absolute chemistry; a monster is a concoction of all these principles. Humans don’t like the unfamiliar or things that strain our precious comfort. We prefer everything to be neatly boxed and labeled that way we know what to expect, especially at a distance.

People do this all the time: construct assumptions about others based on the visual stimuli we receive from them. Why? Because the distance of judgment is one of our best forms of defense.

After all, if something looks the part, it must act the part. In a way, humanity doesn’t have time to analyze everything in front of our eyes; otherwise we couldn’t live.

Imagine how difficult life would be if you tossed everyone under a microscope that crossed your path on the way to purchase a gallon of milk. No, that’s not what we do, right? As a species we scan the aisles not only for a product of desire, but for characters that look unsavory near the beer coolers. 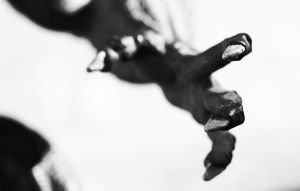 Without this sub-conscious, thinly layered prejudice, we would be an exceptionally naive and gullible species out in the wild. Why investigate every growl in the dark when you may end up with canines in your jugular vein?

This same defensive mechanism is what a monster triggers inside us; the rise of fear that ascends one’s spine and induces trepidation.

In the end; it’s not tooth and claw that make’s a monster—unfamiliarity is the true monstrosity.